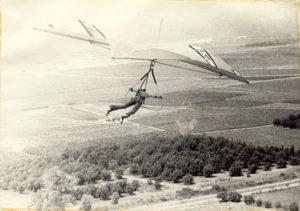 APCO has been involved in the paragliding industry from the very beginning. Anatoly Cohn, the company’s owner and founder, started in hang gliding, designing and building gliders from 1974 with Agur Gliders until 1982 when he founded APCO. He quickly realized that paragliding was the direction for sport flying and concentrated on developing quality gliders at a competitive price. Since that time the company has steadily grown, employing now 60 people and produces thousands of paragliders, harnesses and parachute reserve systems every year. 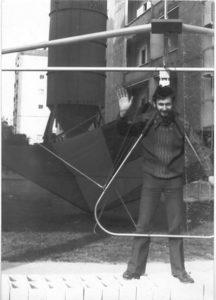 The first paraglider produced by APCO was the 7 or 9 cell System K, staring in 1986. By 1996, a mere ten years later, APCO was producing an average of 3 new models a year and had already picked up 6 world records on its wings. A trend which was to continue into the next decade. By the beginning of 2006 APCO had brought out more than 40 models of paragliders and now has 11 world records set on APCO wings, an achievement yet to be equaled by any other paragliding manufacturer.