Simply named Pilot harness and Passenger harness these harness set is APCO’s foot mark in the tandem harness market.
Specially designed for professional use by tandem pilots and their passengers.

Each harness is designed to be used as part of an integrated set for Pilot and Passenger. Synergized to work perfectly together.

Of course each harness can be used on its own, but they work best when combined.

Extremely comfortable, safe, and light, the pilot harness was designed for ease of use with maximum protection. The seat plate is flared outward to accommodate the passenger. The Pilot Harness provides excellent ergonomics on the ground and in flight. Many special features have been built in to make the pilot’s job easier, and more comfortable.

One feature deserves special attention: The harness set is equipped with a special, unique pilot stirrup – which helps provide for automatic transition of passenger into sitting position. This is pilot operated on take-off (original solution developed by APCO. Credit to Matthieu Arlettaz). The stirrup doubles as a foot rest, supporting pilots legs during flight and relieving leg strain during flight. (see video under Features tab)

The harness has multiple adjustment points to fit a wide range of pilot sizes – thus it can be offered in one size only.

Getting in and out of harness is extremely easy. 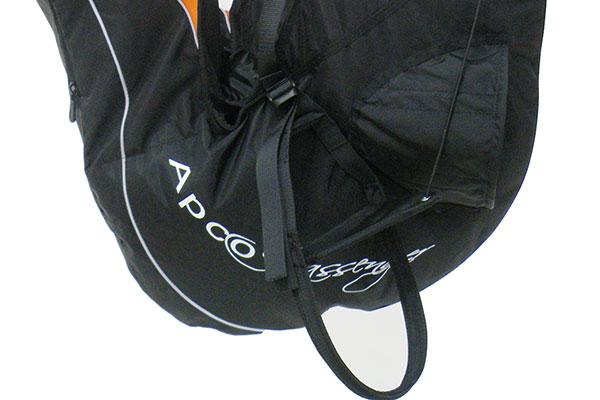 One feature deserves special attention: The harness set is equipped with a special, unique pilot stirrup – which helps provide for automatic transition of passenger into sitting position. This is pilot operated on take-off (original solution developed by APCO. Credit to Matthieu Arlettaz). The stirrup doubles as a foot rest, supporting pilots legs during flight and relieving leg strain during flight. 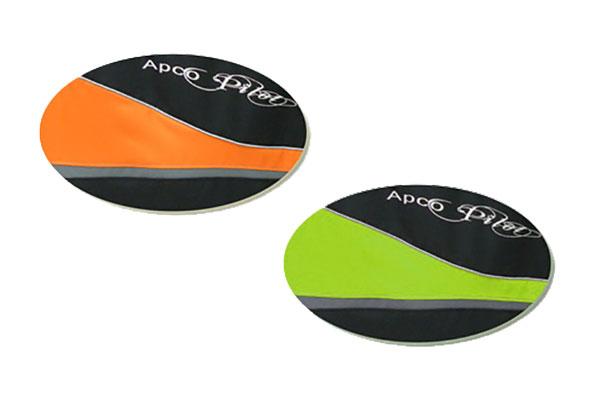 The Tandem Pilot Harness is available in two standard colors: Black/Orange and Black/Lime. 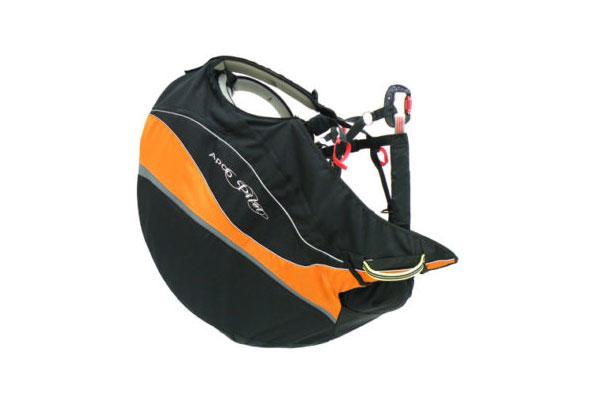 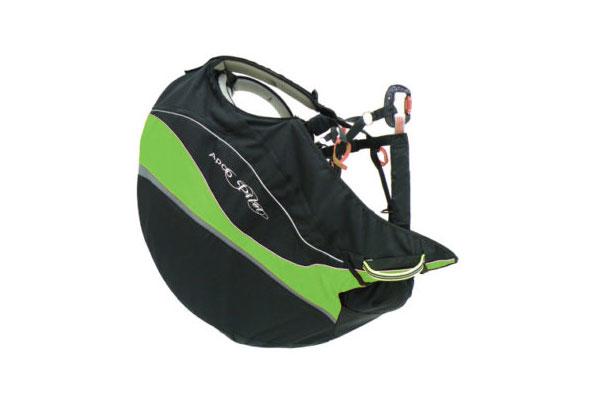 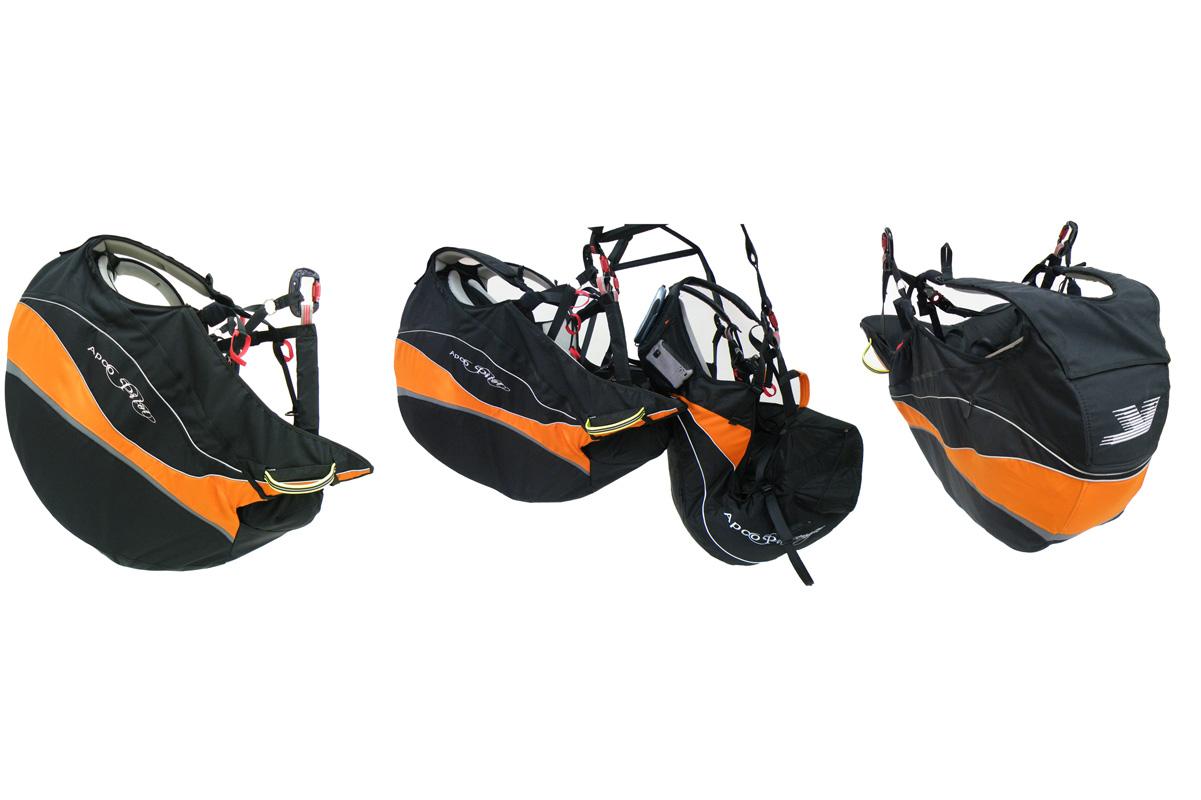 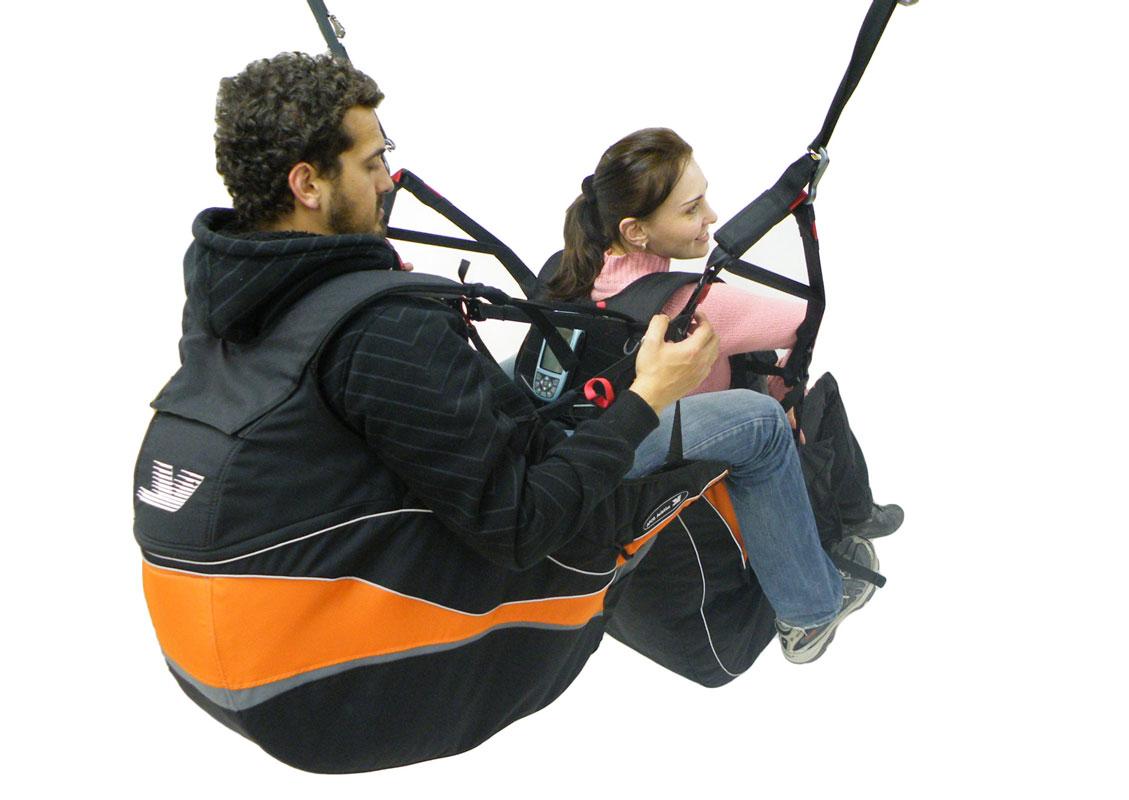 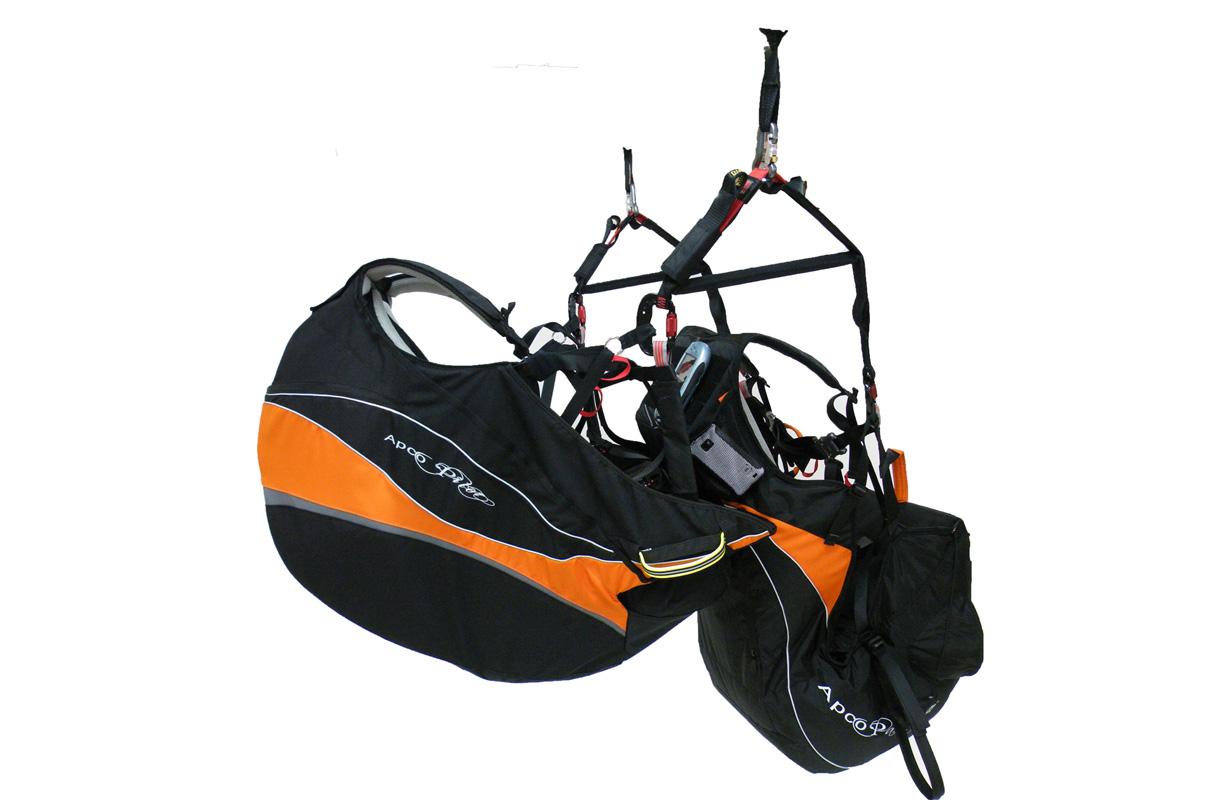 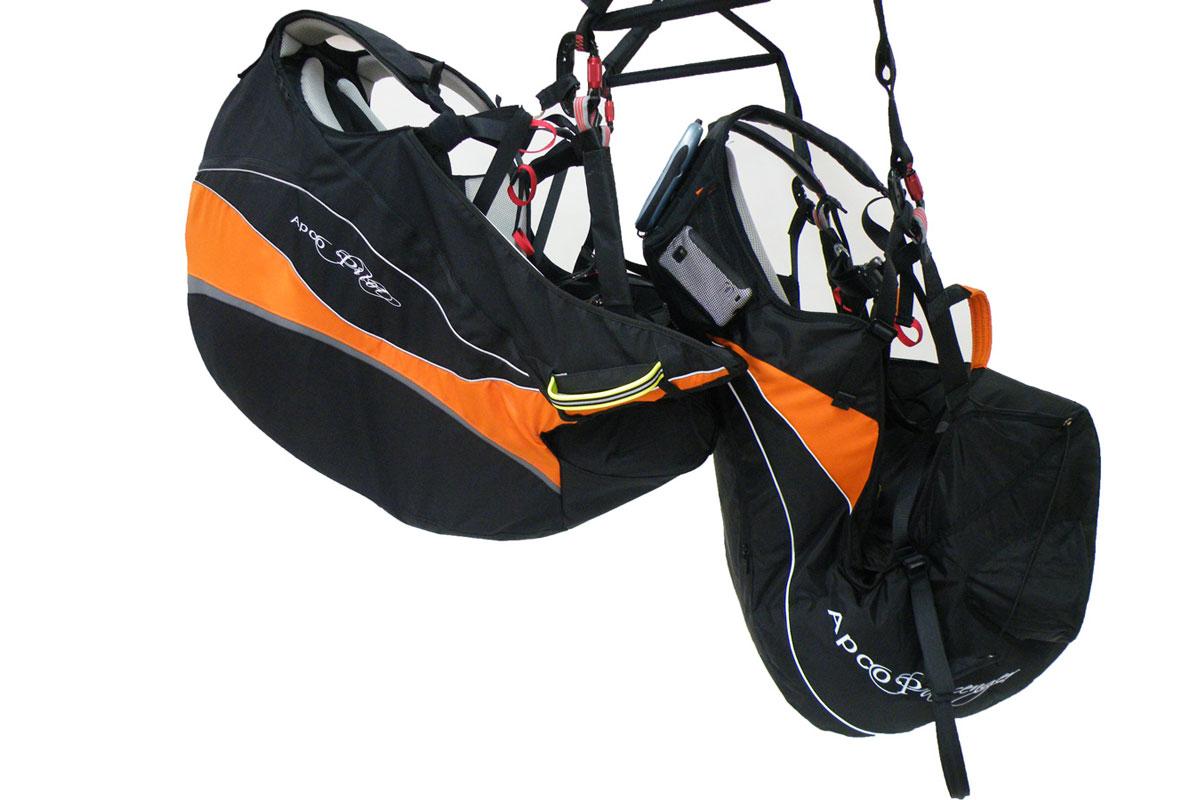 Foam Protector and Lexan Sheet (optional)
The pilot protection system, combines the usual airfoam type protector with a lexan sheet (47143) which aids in spreading the load over the absorbing area of the airfoam offering the maximum protection available to a paraglider pilot today.

Test results conducted by DHV confirm that our standard 15cm Airfoam protector is fully in line with DHV requirements when used in combination with harness.

Accumulated experience from APCO’s immensely successful Mayday range was implemented into the Pilot harness. The integrated emergency parachute compartment is perfectly located under the pilot seat, providing extra protection as well as having the emergency deployment handle intuitively positioned at close reach (and highly visible) and suitable for left or right hand deployment. The integrated emergency parachute compartment is ideally suited to accept the range of APCO Mayday parachutes which have proven themselves time and time again, saving hundreds of pilots over the years.

Q: Where should I connect the reserve?

A: THE RESERVE SHOULD BE CONNECTED ONLY TO THE SPREADER BARS AT THE DESIGNATED E.P. ATTACHMENT POINT.
THE BRIDLES SHOULD NOT BE CONNECTED DIRECTLY TO THE PILOT OR PASSENGER HARNESS!

Why are the bridles routed from both sides?

Since the bridles are connected to the spreader bars (infront of the pilot head) and not to the shoulder (behind the pilots head)
If routing only from one side, when the reserve is deployed there is a chance that the bridle will get caught on the pilots head/helmet!!
This would be the opposite bridle from the side of the handle.
Question:
We just had a incident, during regular checking, where bridles were routed
as instructed, both sides. Handle on the right. When reserve thrown
backwards, the left bridle got stuck, probably partly under backprotector.
So in real emergency, when reserve would have inflated, it would most likely
have turned pilot hardly forwards, hitting pilots face against passenger.
Answer:
You have a good point but we would prefer any type of injury over a broken neck…
Hope this is now clear
Pilot answer:
Hi.

Thanks, yes, I think you are right.

The reserve was not Apco’s, and we think jamming may be partly because of bridles, that probably are too short.

The Tandem Pilot harness is supplied as standard, complete with: