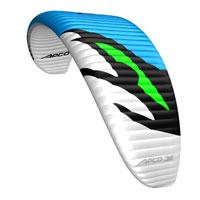 For detailed comparison between NRG PRO II and NRG XC II, see the Q&A below.

NRG XC was designed on the foundations of the NRG PRO. It has the same advantages of a professional slalom racing wing in a XC oriented package!

It is a small, safe wing that allows fast flying for cross country ventures, expanding the possibilities for any experienced pilot.

NRG XC II– is a second generation of NRG XC, improved in all parameters of the wing.

One of the main upgrades we made was incorporation of the ABS® – Automatic Balance System – Industry first, pioneered by APCO.

Following the market feedback from Force II about ABS®, it was the natural next step for NRG XC. It improved the wing dramatically, shaping it as an even better XC oriented wing and polarizing the difference between flying at trim speed and accelerated flight.

ABS® is a system which automatically and gradually pulls down the tip steering as you release the trimmers and push the speed bar. This action stabilizes the wing , cancelling roll movement, “planting” the pilot under the center of the canopy.

This outstanding roll stability gives the pilot the best and most efficient flying path at high speeds! It is on cross country flights or when chasing down a friend that the ABS® system comes into play.

The ABS® system will get you from point A to B in the fastest way possible with no pilot input.

On trim speed, the system is not activated, allowing dynamic flight tuned for thrill and agility as should be with a true slalom racing wing.

With the ABS® tip steering handles together with the main 2D brakes in hand your every touch will be rewarded with an energetic and precise response , satisfying even the most demanding pilots!

The SRS® system will come into play whenever the pilot makes an error that causes stall behavior. It will automatically protect the pilot by lowering the angle of attack if the wing goes into a stall/parachutal/spin.
We have recently received warm praise from a pilot noticing how the SRS® saved him from stall/spin situation when exiting a spiral incorrectly.

NRG XC II takes-off and lands at slower speed than you would expect, making flying easy. All thanks to new highly efficient reflex profile.

NRG XC II will excite every experienced pilot – you will be infected by the xc racing virus instantly.

WARNING:   DO NOT! test fly this wing, unless you are ready to buy it!

This wing is highly addictive. 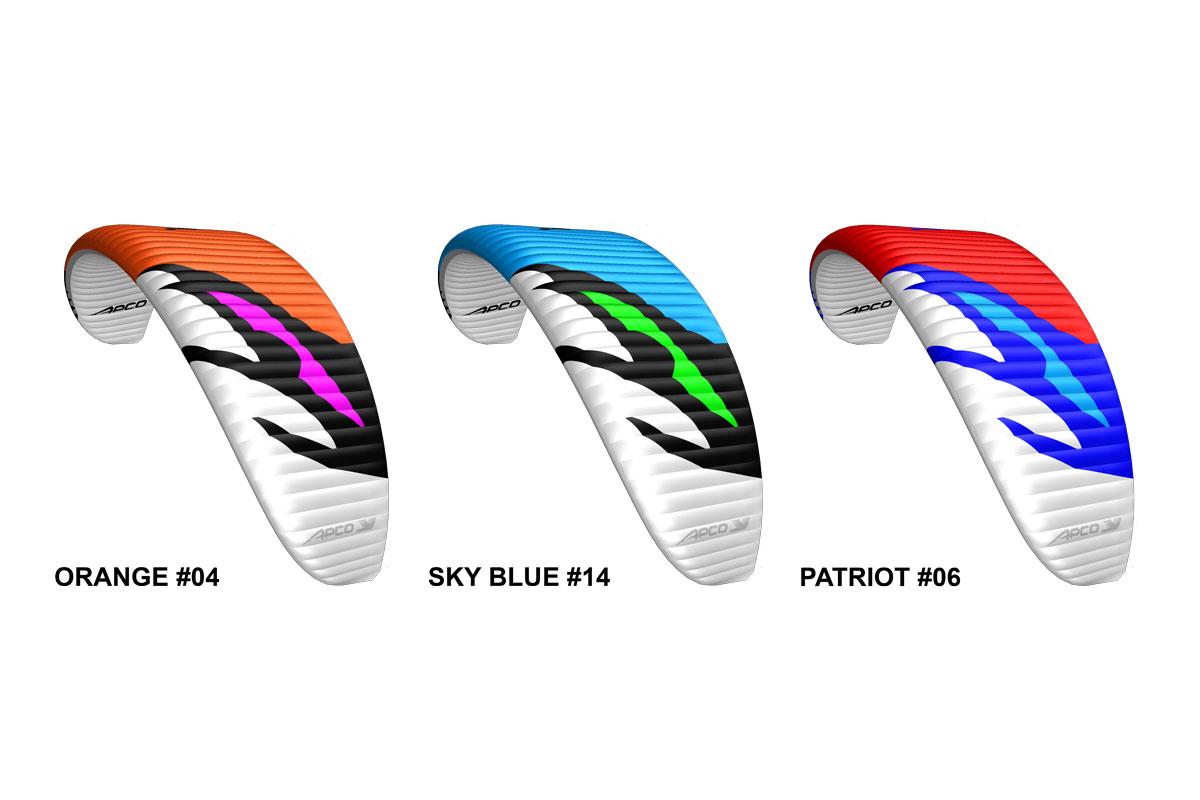 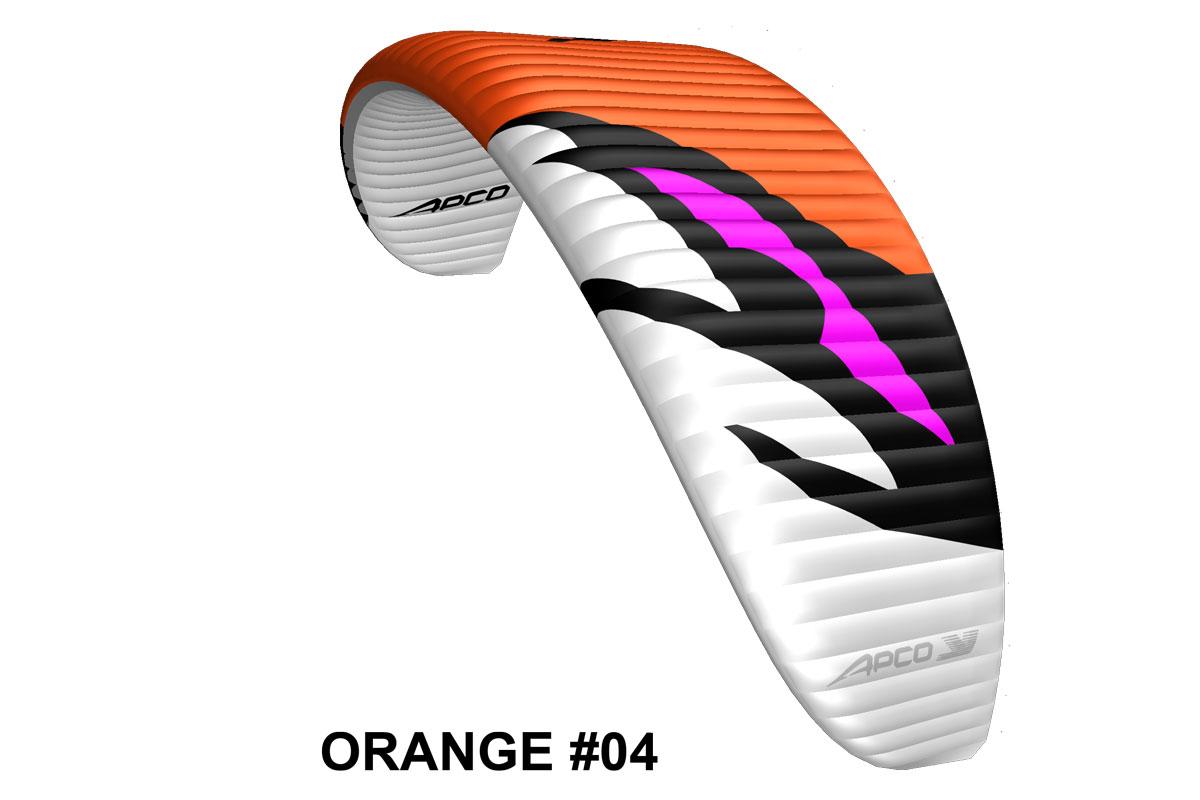 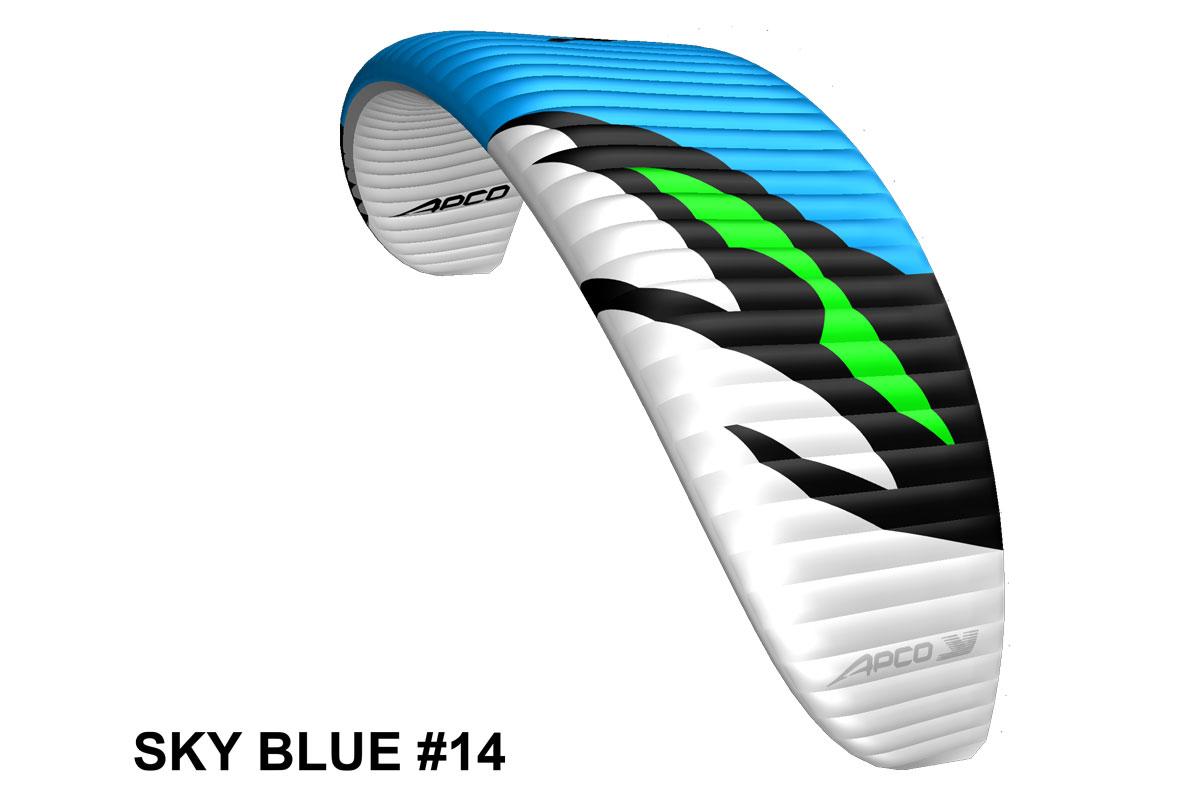 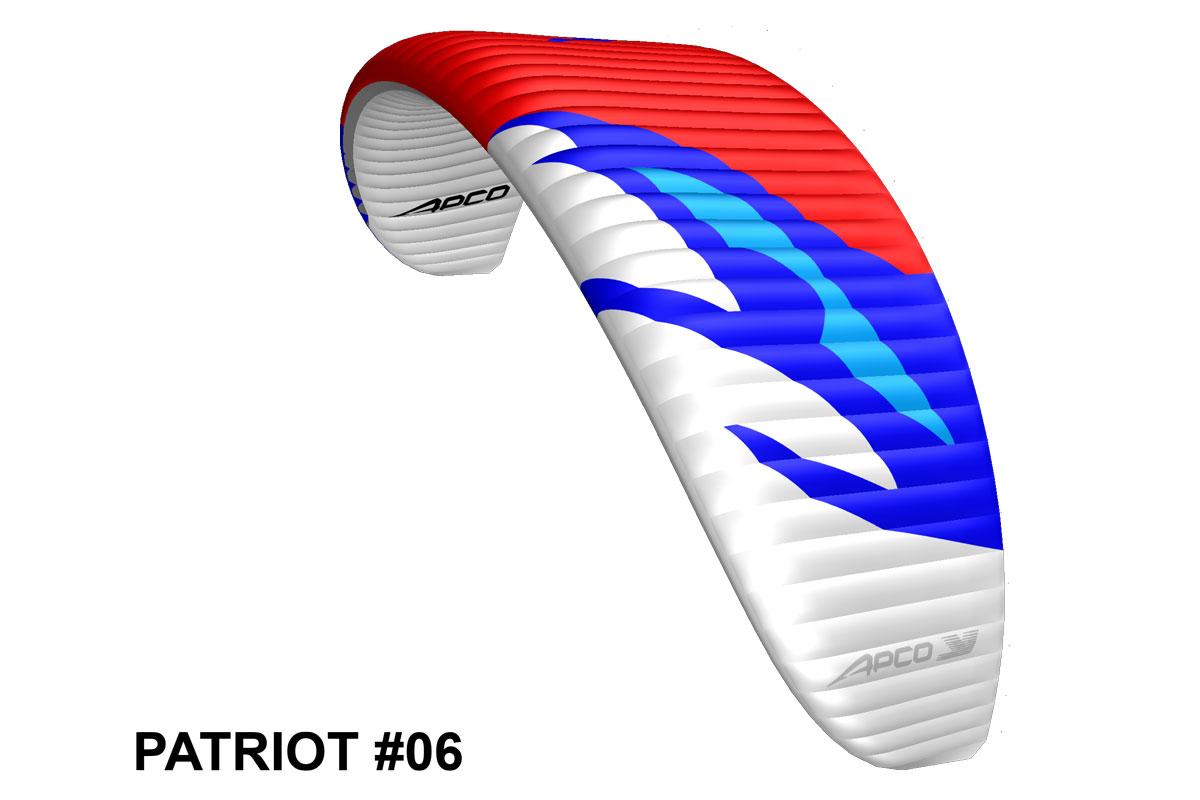 The NRG range is available in three colours

The wing uses the same long lasting cloth and fully sheathed durable lines as on previous APCO wings. This is to guarantee its integrity for entire expanded lifespan of the wing. Nevertheless we made maximum effort to reduce the weight of the wing thanks to advanced solutions applied.

The lines are made of superaramid covered with a polyester sheath for protection against UV, wear and abrasion.
The bottom section of the brake lines is made of Polyester because of its better mechanical properties. The Karabiners that attach the lines to the risers are made of stainless steel.

The right to change prices, specifications or equipment at any time without notice is reserved. 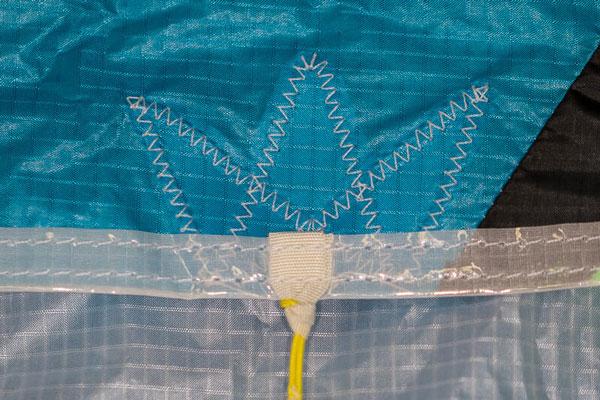 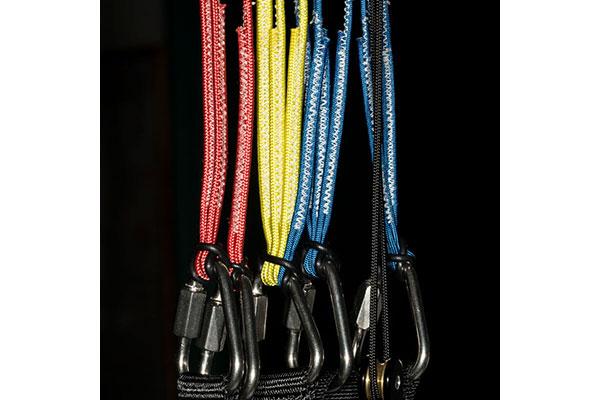 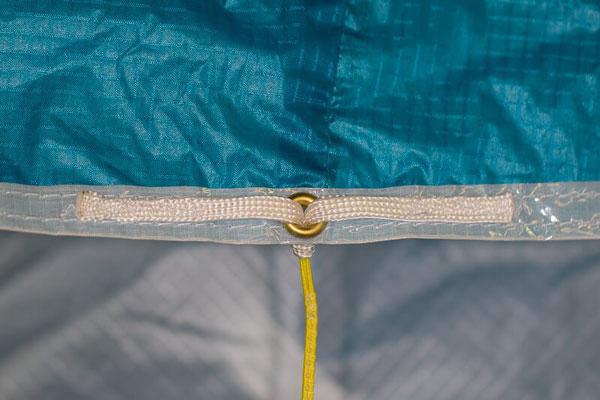 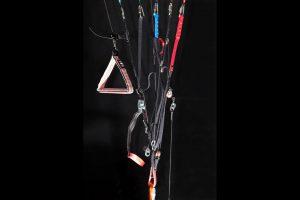 Well refined riser, which has evolved to the current iteration through many flight hours of testing and prototyping. 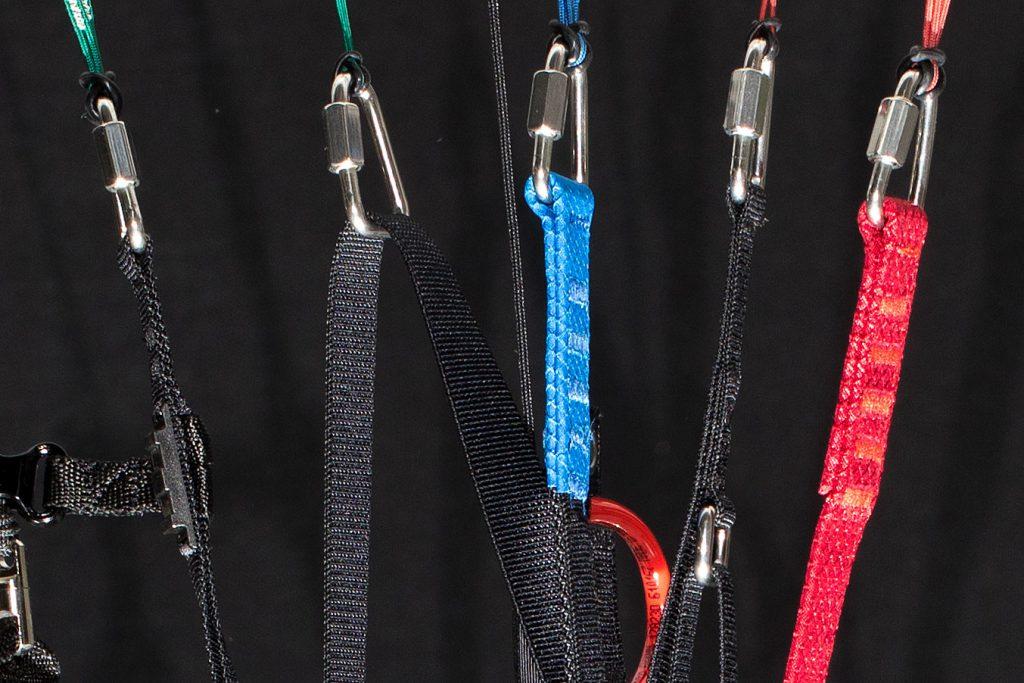 Clearly distinguishable riser legs for ease of use.

The Pro 2 is a much more agile and quick wing then the Pro1.
It is also faster in transition from trim speed to accelerated and back to trim speed – like in pylon racing.
In general, we have made a bigger difference between the NRG XC to the NRG PRO.}
The NRG XC II is now with ABS and more XC oriented then it used to be and the PRO is a racier wing.
The NRG PRO II too is faster than the PRO, but this is mainly due to the higher Anhedral (Arc) !

OAA - what should be the trimmer settings?

The OAA brummel hooks can be managed in the air, just recommended not to adjust close the ground – pay attention that you have enough altitude (to avoid obstacles and have the time to react for engine failure etc.) 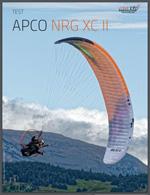 Unbelievable step up from my Force SP. All most the same efficiency in fuel consumption but much, much faster and so much fun… Thanks APCO !
END_OF_DOCUMENT_TOKEN_TO_BE_REPLACED