APCO provides pilots with a complete range of free flying wings. From school wings up to competition and tandem wings. Over 40 years of experience are implemented into our designs, proving yet again that APCO Aviation is a leader in the industry, Setting Future Standards!

APCO provides pilots with a complete range of paramotor wings designed and tested specifically for use with paramotor!  From school to slalom competition wing, we offer the perfect product for any pilot. Pioneers in the sport of paramotors, we are World leaders,continuously Setting Future Standards!

APCO continuously develops its Power Wing Products, setting future standards with every new model introduced onto the market.
We pride ourselves on offering a full range from basic rectangular wing, to an elliptical reflex profile, high performance design.
Famous for safety, performance and durability, our wings are the benchmark for others to follow! 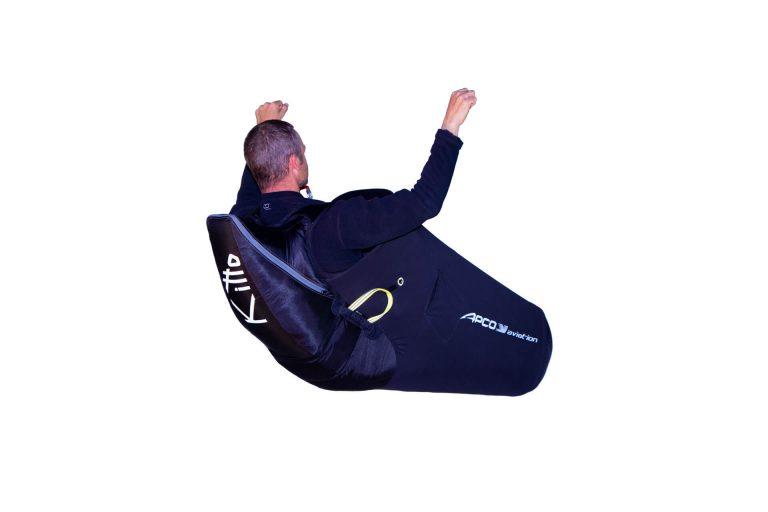 March 2020 :: Lightweight Pod Harness :: The Kitto is a lightweight, seatboard-free pod harness.Weighing in at under 2.6 [Kg], the Kitto is light, but in line with APCO’s tradition, it does not compromise whatsoever on durability, safety or comfort.The origin of the name “Kitto”, or “きっと” is a Japanese word which translates to: ‘certainty’ or ‘without fail’.We are exceptionally satisfied…

March 2020 F1 VIDEO :: The Fast One :: For the full F1 product video, click here>> #F1EatMyDustThe F1 is continuing to receive rave reviews wherever it lands! Everyone is super excited about the Fast One – setting a new future standard for high performance reflex wings.For more info about the F1 visit our website: https://www.apcoaviation.com/f1/ DELIVERY… 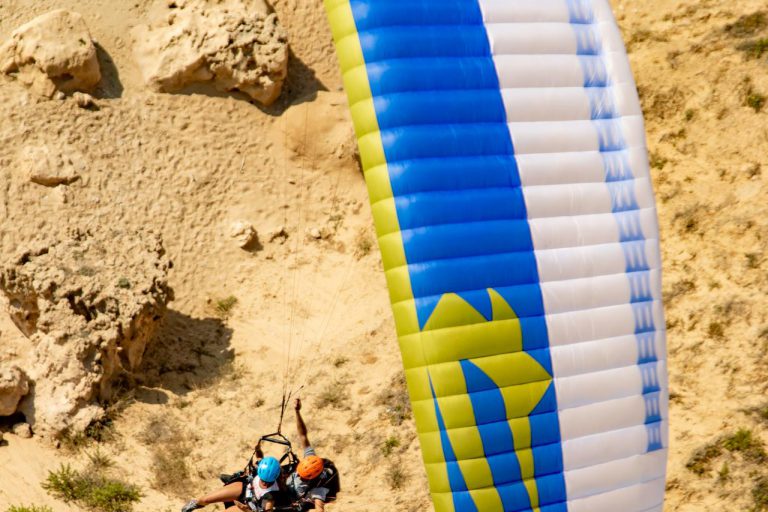 September 2019 HYBRID TANDEM :: EN-B Confirmed 110-190 Kg :: The long anticipated Tandem version is now official! Based on the original, the Hybrid Tandem is a further refined and improved version of the ground breaking Hybrid. Enjoying all of the advantages of the Hybrid, the tandem offers: ✅ The easiest inflation characteristics available period.… 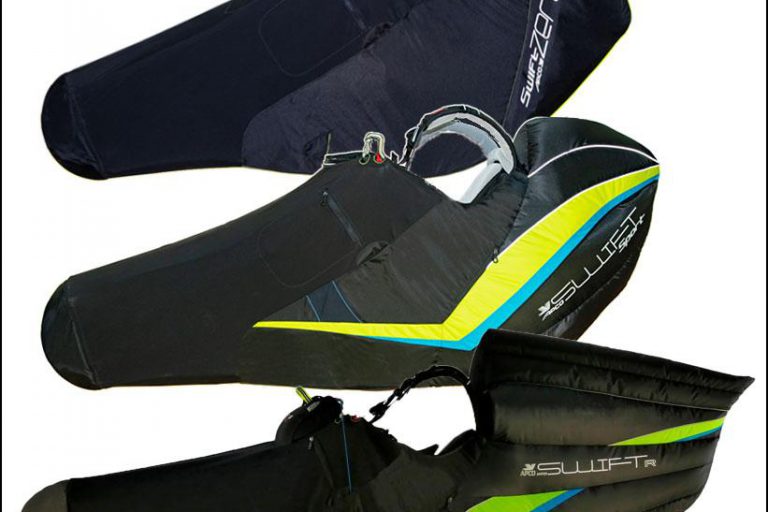 September 2019 :: 2 NEW harnesses added to the SWIFT family! :: SWIFT-R (Race) is the firstborn harness in the family and has proven its advantages. It is one of the most comfortable and safe competition harnesses on the market. Now based on the SWIFT-R, APCO is proud to introduce 2 new baby brothers: SWIFT Sport and SWIFT Zero ! SWIFT Sport and Zero… 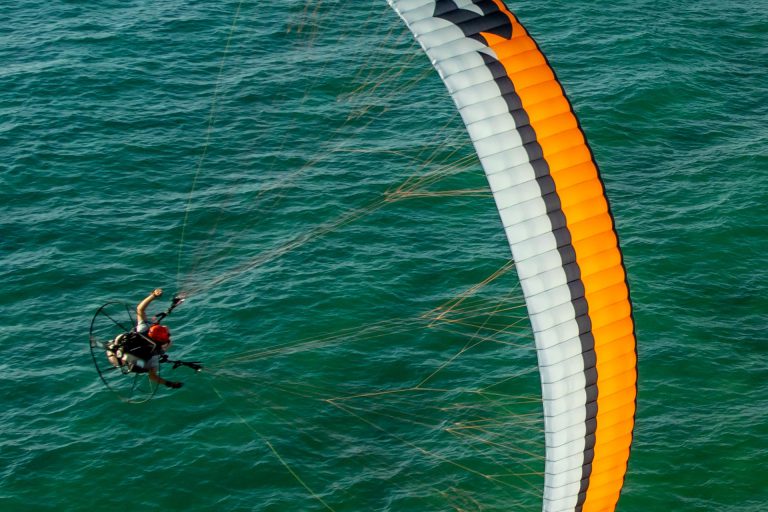 August 2019 :: A new standard in paramotor performance! :: The Fast One :: F1 – the pinnacle of achievement in technology, performance and feel. A precision tool that in the right hands will produce incomparable results. Our objectives were to produce the best performing high end cross country wing on the market. Safety was… 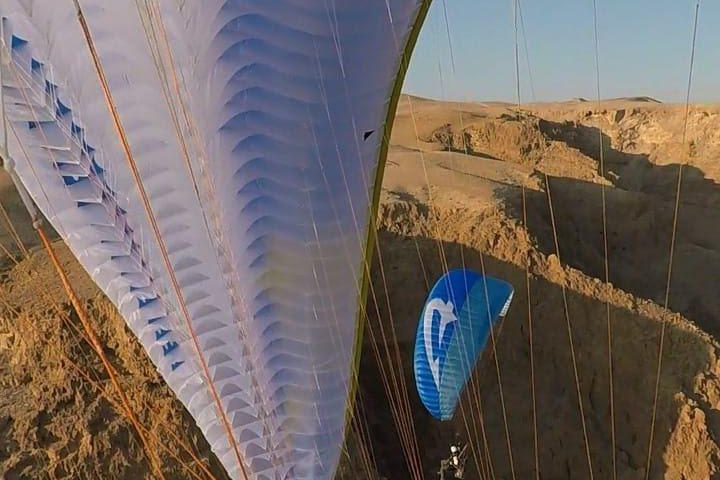 July 2019 :: HYBRID XL Size  :: # NOW AVAILABLE# We are happy to announce additional XL size for the HYBRID wing in both free flight and paramotor versions. The XL size will cover weight range of up to 140 [Kg] and will carry DGAC certification. The HYBRID has proven to be the easiest and most stable wing…

📷 Pic of the day🏆
Thank you @texas_paramotor !

"Enjoying the skies and getting some fresh air is the perfect way to socially distance! Wing tip bumps only! "

Have fun and get lucky (With the Weather😉)

𝐈𝐧𝐟𝐥𝐚𝐭𝐢𝐨𝐧
and off during the preparation of the wing , he will do whatever particular attention to untangle the lines unsheathed as well as the position of the handle of brake with the system 2D (two halyards arrive at the handle for controlling the edge leakage Central and / or outside according to the gestures ) and those of TST. Following the test, Apco I learned that a version with suspension lines wrapped is also available. The inflator is easy, certainly due in part to the weight very reasonable F1 (4.2 kg for size tested ). For takeoff , it is better to slightly release the trimmers. Thus the wing is in neutral and goes well zenith . Even before being in the air , a characteristic of F1 appears : the relatively short travel of the controls . It is not a surprise, rather one of the requirements of this type of wing . It takes actions very precise. It is in this that F1 is recommended for drivers who have to experience , and this will be one of the changes important for someone who would one wing through .

𝐈𝐧 𝐟𝐥𝐢𝐠𝐡𝐭
After a glance above the head to see the great elongation of the wing , the F1 immediately inspires confidence . When cruising , you feel like you are on a rail. When the mass of air stirs , sailing moves of way piece. The orders of brake are firm . The large handles of TST are very practical to use . Putting in turn is instant , everything is precise, efficient . When the trimmers are released , we feel that it is under a wing reflex: hanged under A, and lines of row D are very loose . In terms of speed , I found those announced by the manufacturer , from 42 to 57 km / h on the beach of the trims. The glide of the wing remains very good, and the speed engine of Moster increases of how linear in the range of speed . My speed maximum is a little lower in the indicated by Apco , but can greatly vary in function of the load wing . I was spinning all the same more than 70 km / h and better is to have an engine powerful to in enjoy. Patrick, a friend , was able to try F1 for the purposes of the article to take a series of photos. Paraglider , used to a mixed- use wing , he had a broad smile when he landed . He was surprised by the speed of F1, and liked the precision of the controls and the responsiveness of the wing . With its good speed , even closed trims , it is possible to make a long “flare” on landing . Rounding is a high efficiency , and it will be specific to dispel all the speed the movement short of orders .

𝐂𝐨𝐧𝐜𝐥𝐮𝐬𝐢𝐨𝐧
F1 name is promising , and it is well to commands of a Formula 1 tunes that you 'll be . It illustrates the know-how of Apco , very involved in the world of paramotoring. For pilot experienced has a new fireball at their disposal

Kitto harness :: Lightweight XC🆕
“Kitto”, or “きっと” is a Japanese word which translates to: ‘certainty’ or ‘without fail’
The Kitto is a lightweight, seatboard-free pod harness.
Weighing in at under 2.6 [Kg]❗